Book your virtual shopping appointment
20% off new season womenswear and accessories*, Ends Today!
There are no new taxes or duties when you shop with us.
Home
Timeline 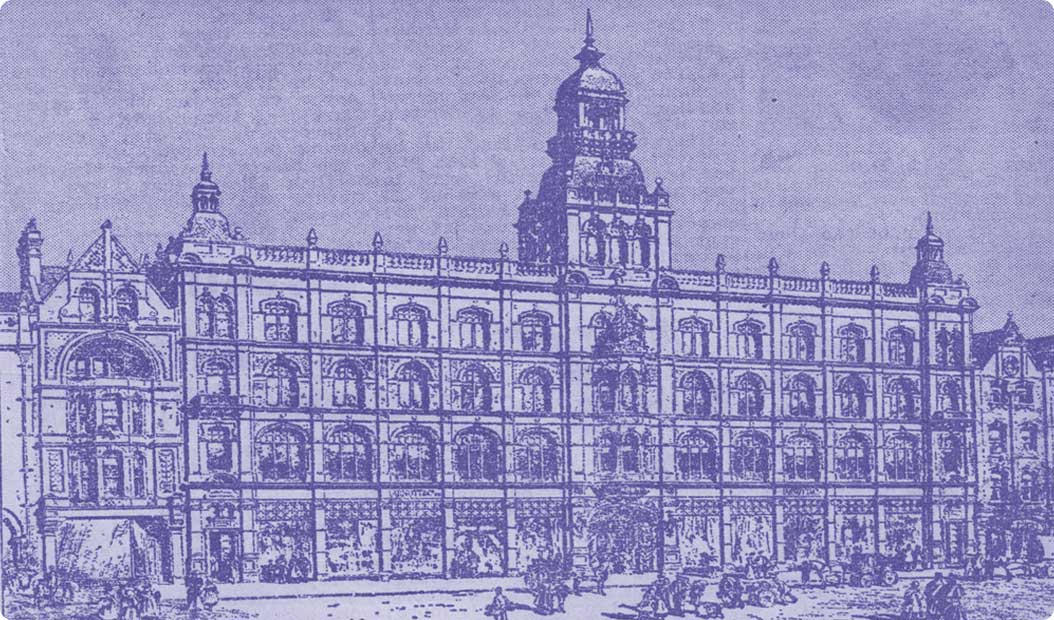 How It All Began

Back in the early 1840s two young shopkeepers, John Cannock and Andrew White took a lease on premises at 14 Henry Street and set up as Cannock & White and set up a general drapery and haberdashery. In 1848, Andrew White passed away leaving the business in jeopardy. However, an imaginative entrepreneur and Scotsman, John Arnott came on the scene and invested £6,000 in the store and its success was assured.

Arnotts began as a drapery and haberdashery selling fabrics and goods like buttons, needles and thread but continued to grow and from the 1880s onwards, had both men’s and women’s clothing made on the premises. In the same period Nos. 9 and 10 Henry Street were acquired for an expanding furniture division.

However on Friday, May 4th 1894 a fire broke out in the carpet store of Arnotts & Co. Within three hours, the entire premises had been destroyed, ending with the collapse of the frontage onto Henry Street.

Arnotts recovered quickly from the fire of 1894, but were in trouble again a few years later during the Easter Rising in 1916. Legend has it that Patrick Pearse stopped off to settle his account in Arnotts on the day of the Rising and that Constance Markievicz ordered fifty uniforms for the Irish Citizen Army in dark green serge from the store at a total cost of £50. O’Connell Street was destroyed during the fighting but Arnotts escaped with little structural damage.

The end of the Second World War in Europe brought with it an outbreak of euphoria. Arnotts reacted to the increased demand in luxury product from consumers by adding new departments such as beauty & fragrance, novelties, gifting and separates and continued to develop its tailoring and dress making expertise in-house, using Irish textiles and selling to other retailers around the country.

Towards the end of the 1950s and into the 1960s, Arnotts adapted to the changing trends buying and producing clothing for younger customers making a name for itself as the place to shop for up-to-date fashion.
Crowds thronged Arnotts in October 1966 to see a 17-year old schoolgirl, the iconic Twiggy, who flew into Dublin to participate in a fashion show at Arnotts, where she wore the latest styles and captivated those there to see her.

The years between the 1970 right up to the 1990s Arnotts further focused on their customer. From the trouser suits and bell-bottoms of the 1970s to the power dressing and the athleisure style of the 1980s, Arnotts began to follow trends influenced from abroad and soon stocked a wide range of apparel for men and women. 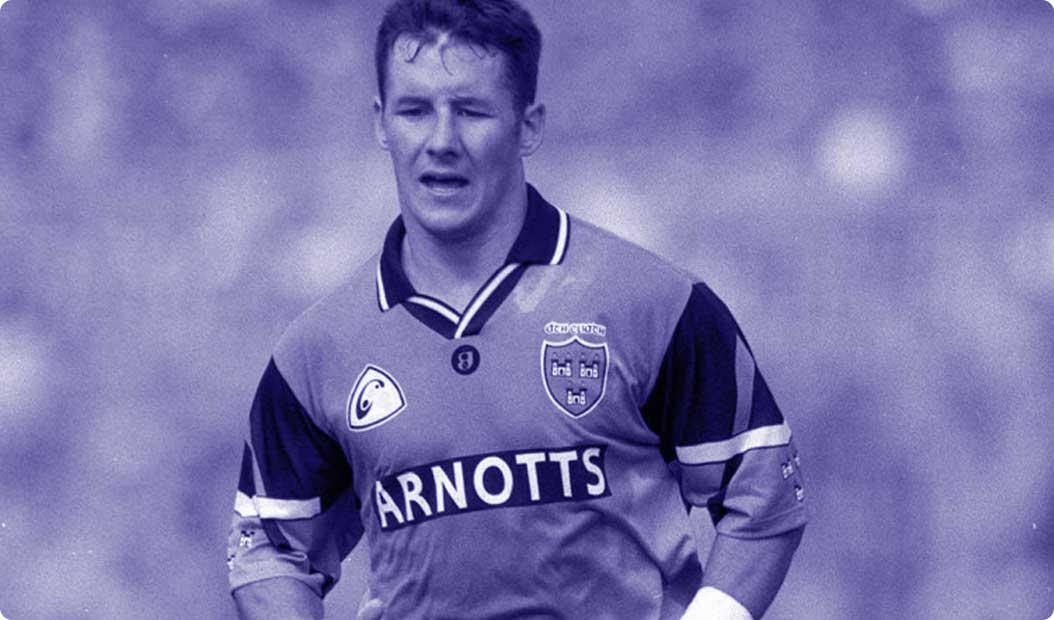 In 1991 Arnotts became the official sponsor of Dublin GAA team, which became the club’s longest standing sponsorship, lasting 18 years until it came to an end in 2009. Arnotts celebrated its 150th anniversary in 1993 with significant redevelopment of its Henry Street premises, complete with the construction of an octagonal dome, which fills the floors below with light. 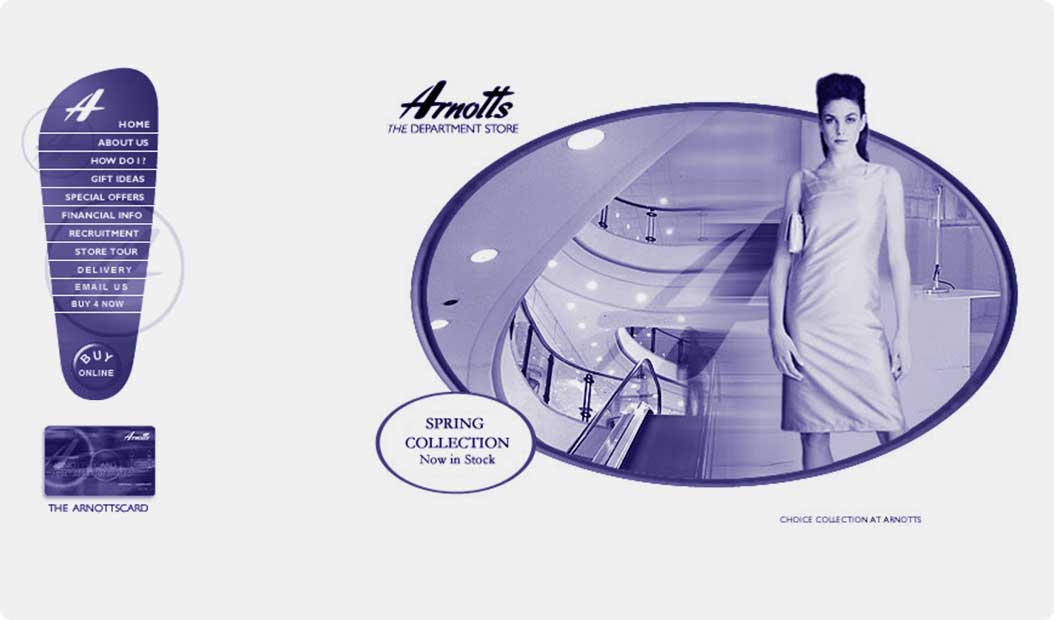 After 158 years of traditional bricks and mortar trading, Arnotts launched its first online trading store Arnotts.ie in 2001. With a focus initially on their home & furniture departments, the online business has gone from strength to strength and now showcases all departments and trades over 600 of the store’s brands online. 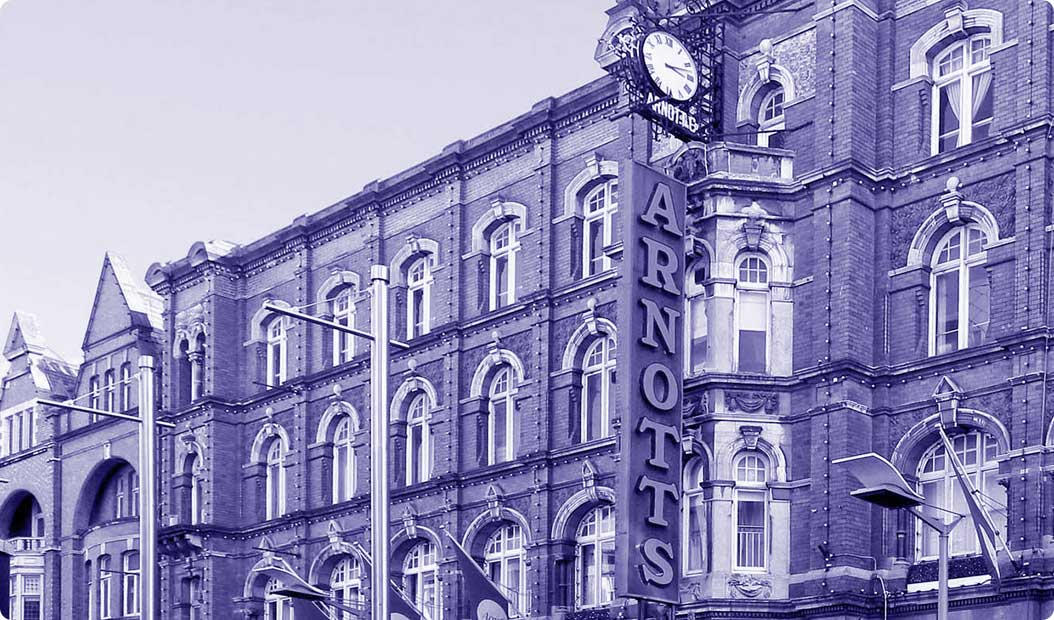 Arnotts joins an impressive portfolio of upmarket department stores owned by the Westons, including Brown Thomas on Dublin’s Southside, Selfridges in Britain, Holt Renfrew in Canada and de Bijenkorf in the Netherlands, assuring it’s success for the future.